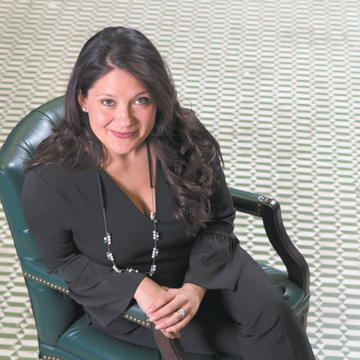 Congratulations to Jackie Morales, our VP of Communications and Public Affairs, for being named one of IBJ’s Forty under 40 central Indiana business and professional leaders for 2017.

Below is the article from http://www.ibj.com/articles/62448-forty-under-40-jackie-morales.

Get To Know Jackie:

Birthplace/hometown: born in Alamogordo, New Mexico; grew up in Lawrenceburg

Getting here: Straight out of college, Morales landed a job with the local builders’ association as communications coordinator, segued into a spot as deputy press secretary for then-Lt. Gov. Becky Skillman, then moved to Costa Rica. (“I was in my early 20s—nothing was holding me back.”) Her intention was to stay, but “family stuff” brought her back after six months. She found an interim job selling fine wine before joining Morales Group. “I wanted to get into a company with a purpose, one that worked with the Hispanic community,” she said. “So I found a job … and a husband [she later married company President Seth Morales].”

Major company achievements: Landing on the Indiana Best Places to Work list as well as the Inc. 5000 list of Fastest Growing Staffing Firms in the United States. In 2012, the company had $44 million in revenue. Last year, sales grew to $91 million.

Misconceptions: “I think Indianapolis has come a long way,” said Morales, while noting there’s still a lack of understanding in some circles about refugee employment. “They have three months, then have to pay back the flight they got from the government. They have to work after three months. This year, we’re going to do small town-hall meetings with different companies to dispel that perception and educate.”

Givebacks: Morales serves on the board of the Hispanic Business Council of the Indianapolis Chamber of Commerce and is secretary of the board for the Cancer Support Community Central Indiana.

Inspiring volunteerism: “We focus on purpose and core values, not so much on the bottom line. How are we serving people?” Morales said. That philosophy not only extends to businesses and the temp workers she hires, but also to employees. Stressing the company’s core values, Morales Group gives every employee 25 hours a year to serve. Morales also helped create LEGOS—Loving Every Gift of Service—a program in which employees accumulate LEGO bricks, each representing an act of service over the course of the year. “At the end of the year, we put a roof over the house and take our people to Mexico to build homes for underserved communities.”

Today launches Season 2 of the Morales Group podcast, No…